skip to main | skip to sidebar

I hope this post finds everyone doing well and in good spirits. I have felt a little better over the last few days which I am very thankful for.

I contacted a fellow blogger after finding her blog and reading it. It is called “Life With Shaky”. It is written by a wife, whose husband has been diagnosed with Parkinson’s Disease. Additionally, her husband recently began writing his own blog called “Shaky’s World”. I believe that their combined blogs give great insight to not only how Parkinson’s Disease affects the person who has it, but how it affects the spouse. With their permissions I am adding links to both of their blogs. I believe it will be interesting and very informative to read about each of their perspectives as time goes on.

On a different note, I have begun writing letters to all of the former doctors that I have seen throughout my entire diagnosis process. I intend to write to doctors who not only were helpful, but especially to those who were not quite so helpful. I think it is important to let the doctors who tried hard to help me, know that I thank them and inform them of my diagnosis. On the flip side, those doctors that were not helpful and sometimes downright arrogant might find it interesting that their depression theories and other theories were incorrect.

I will be including the address for my blog in all of the letters. Hopefully, with the many links provided on this blog, along with my detailed story included on my blog, those doctors might think twice before presuming that a patient’s symptoms are mental health related. Hopefully, they might find that it is much more beneficial and morally correct to take each patient they see seriously. If only one of the doctors that I had a bad experience with takes the time to do a little reading, he or she may find that the negative experiences I had with the medical community are all too common. Although we share knowledge with one another through our blogs, I believe that doctors can gain a little education from our blogs also. This is my hope, and this is what I am currently working on. I will offer further updates on this topic, if I receive any feedback from any of the doctors that I write.
Posted by Patient With A Plan at 2:19:00 AM 4 comments:

Are There Any Decent Specialists Out There?

Since my last post I have become enlightened in several ways, so this post will touch on a few different topics.

After the holidays I was hit with a change in my physical symptoms which included excessive fatigue, an increase in daytime sleepiness, drops in my blood pressure, and just a general feeling of lethargy. At first I thought it was due to over-exertion during the holidays. I have had plenty of down time since then, and these changes in symptoms have only improved partially. Adding more salt to my diet has helped with my blood pressure immensely, but the other symptoms are not as improved as I would have hoped. I am now wondering if this is just another new phase or change due to PD that has entered my life that I will just have to adjust to. I will be discussing this with my MDS next month.

I received a comment from Diane on my previous post, and I have exchanged a few emails with her. Diane has a diagnosis of Multiple Sclerosis, and she has a great site that I have added a link to.

Although I write primarily about Parkinson related diseases and dealing with the medical community, these recent emails with Diane reminded me that my main purpose for starting this blog, was to try to help others who are struggling with the medical community, regardless of the type of chronic illness. I was further reminded that in the very beginning of my own search for a diagnosis, I was told that there was a possibility that I might have Multiple Sclerosis, so I have done quite a bit of research in the past on that disease. From what I have read, it is not uncommon for a patient with PD, especially females, to originally be told they may possibly have MS. Additionally, from my own experience, it took approximately three years to completely rule out MS.

Multiple Sclerosis and Parkinson’s Disease are both neurological conditions. I know that in theory, a Movement Disorder Specialist deals with the diagnosis and treatment of PD, and a Neurologist who specializes in Multiple Sclerosis deals with the diagnosis and treatment of MS. I have been to both types of specialists. The neurologist that was originally recommended to me by the MS Society was wonderful, and he did finally rule out MS. On the flip side, I had been examined by a Movement Disorder Specialist who was highly recommended in the Parkinson’s community, and I was told that I was too young to have PD. My own GP and a general Neurologist did more for me during the last two years, than the multitude of specialists that I have come in contact with, not including my current Movement Disorder Specialist, who is awesome. In my experience, the “extra” training that a specialist receives for specific neurological conditions, does not guarantee that a specialist will give you an accurate diagnosis. Additionally, a patient may get lucky when they see a specialist that is referred by specific organizations, or they may be out of luck. I have experienced both scenarios.

So, I will now get to the point. I believe that the best referral for specialists, or any other type of doctor, comes directly from other patients. In earlier posts I mentioned that I had added a link section for specialists that other readers would highly recommend. I began that section by adding the link to the Parkinson’s and Movement Disorder Institute, which is where my Movement Disorder Specialist practices. This section is not limited to Movement Disorder Specialists or Parkinson’s Disease. If you have a general neurologist who diagnosed and treats your neurological condition, who you would highly recommend, then please let me know. If you have a neurologist who specializes in Multiple Sclerosis, but diagnosed and treats your non-MS neurological condition, then get that specialist on the list. My goal is to eventually have at least two neurological related specialists that come highly recommended by you, for each state. These are the specialists, who not only have the knowledge, but also have the desire, concern, and willingness to help both the diagnosed and yet to be diagnosed. These are the specialists that think out of the box, especially since many patients with neurological conditions do not initially fit neatly into a box of predetermined criteria for diagnosis.

Since I began blogging I have learned so much from all of the people I have come in contact with, through their stories and experiences. With each new story I read, I gain new knowledge and insight, not only about Parkinson’s Disease, but about the similar physical, mental and emotional struggles that neurological conditions in general have in common. I just want to say a big “thank you” to those I have met through your stories and to those who I have not met, whose stories I have yet to read. Together, we can all make a difference just by reaching out through our words and our knowledge that we try to share. We are a great support for those who already have a diagnosis, but may even be a greater support for those still seeking a diagnosis. I found this to be true during my diagnosis process. With that being said, let me say once again, if you have a great specialist, please let me know.
Posted by Patient With A Plan at 7:46:00 PM No comments:

Patient With A Plan
I am a 39 year old female, and I was given a preliminary diagnosis of Parkinsonism in July 2006. I am married to a wonderful and supportive husband, and I have two children. My daughter is 18 and just graduated from highschool. My son is 15, and is a freshman in highschool. After several years of undiagnosed medical problems, numerous surgeries, at least a dozen doctors, and multiple diagnostic disappointments, I have finally received a diagnosis of Parkinson's Disease. It has been a long, frustrating road, but I have gained so much knowledge through my diagnostic journey. I decided to share my experiences, with the hope that it might help other patients avoid the diagnosis pitfalls that I encountered. Whether it is PD or any other chronic illness, if my story and my experiences with the medical community can help just one person obtain that illusive diagnosis more quickly and easily, then my long journey and the knowledge I gained, was well worth it. It is only due to my faith in God and the support of my husband, that I was able to continue in the struggle to seek a diagnosis, as well as reach out to others like me. 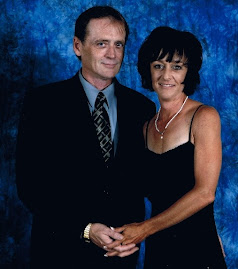 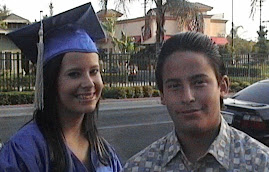 My Kids - Mikayla and Michael

Reaching Out With the Hope of Helping Others

As I began seeking answers for various symptoms I was experiencing, I began to see a trend emerging. There appeared to be a number of doctors who would discount my symptoms as stress related, depression related, or smoking related. As time went on, I would continue to see this trend, regardless of the type of doctor I was seeing.

There were multiple times when doctors would not order tests, because they had already reached an opinion based upon my age, gender, being a single mom of two children, etc. More often than not, aside from basic x-rays, I was continually advised that I should be taking an anti-depressent. Had just one of the doctors I saw early on ordered an MRI of my spine, the extensive degeneration would have been found. This might have saved me many years of trying various anti-depressents and taking prescription pain relievers, including prescription narcotics. Instead, it took 10 years from my first symptom, to finally find a doctor who was willing to do the appropriate testing that diagnosed the degeneration in multiple areas of my spine.

In the beginning, I did not realize that I had the right to disagree or challenge a doctor. Like so many other patients, I presumed that they must be right, even though that small voice inside kept telling me they were wrong.

This is just one example of how my lack of knowledge on how to deal with doctors, assisted in allowing my symptoms to be ignored for so long. Through trial and error I have learned, not only how to deal with the doctors in the medical community, but also how to insure that I no longer allow a doctor to brush me aside with a "quick fix".

It is my intention to share the knowledge I have learned, the methods I have used that work, and offer support in any other way that I can. It is my will that this information will help other patients, who are searching for a diagnosis of any kind, become better prepared for the obstacles they may face while trying to obtain that diagnosis.

Resources for Those Seeking a Diagnosis